We decided as a family that even though it was Summer Vacation that we would still learn and prove to the kids that learning can be tons of fun. A few weeks ago we were watching television as a family and there was this idea for making a baking soda volcano with your kids. Sage was mesmerized by the idea and we finally got around to it today.﻿ 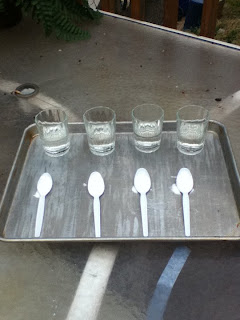 We started with making colored "lava" in small cups so each kid could get a chance to do it on their own. 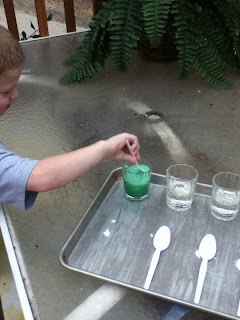 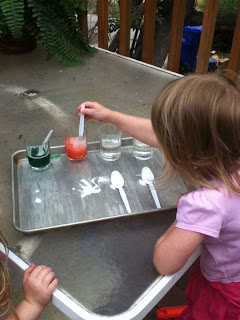 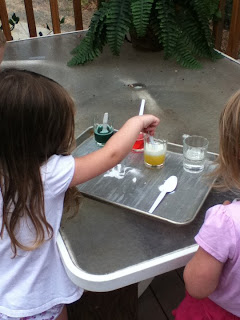 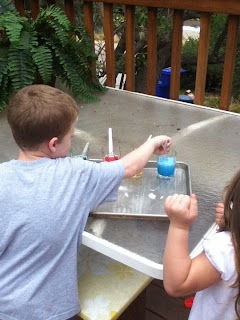 and Sage did the blue for me since I was taking pictures.
We then decided to make a bigger volcano 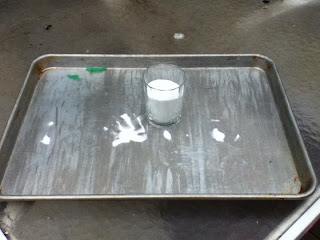 ﻿
Sage and the girls had a great time learning about volcanoes and lava. We ended the day watching a video of a volcano erupting.
﻿ 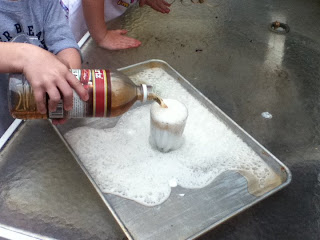 Next week we are going to learn more about Mt. Vesuvius and fossils.
at June 23, 2011

Email ThisBlogThis!Share to TwitterShare to FacebookShare to Pinterest
Labels: Science